Fun Images and a Joke 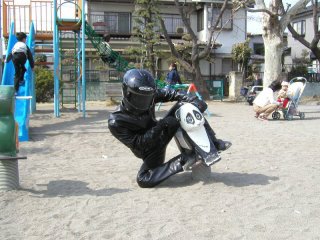 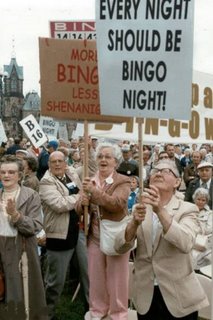 They Also Vote
True Stories (?) collected by someone.
Some guy bought a new fridge for his house. To get rid of his old fridge, he put it in his front yard and hung a sign on it saying: "Free to good home You want It, you take it". For three days the fridge sat there without one person looking twice at it. He eventually decided that people were too un-trusting of this deal. It looked to good to be true, so he changed The sign to read: "Fridge for sale: $50". The next day someone stole it!!!

While looking at a house, my brother asked the real Estate agent which direction was North because, he explained, he didn't want the sun waking him up every morning. She asked, "Does the sun rise in the North?" When my brother explained that the sun rises in the East (and has for sometime), she shook her head and said, "Oh, I don't keep up with that stuff"...

I used to work in technical support for a 24/7 call Center. One day I got a call from an individual who asked what hours the call center was open. I told him, "The number you dialed is open 24 hours a day, 7 days A week." He responded, "Is that Eastern or Pacific Time?" Wanting to end the call quickly, I said, "Uh, Pacific."

My colleague and I were eating our lunch in our cafeteria, when we overheard one of the administrative assistants talking about the sunburn she got on her weekend drive to the shore. She drove down in a convertible, but "didn't think she'd get sunburned because the car was moving."

My sister has a lifesaving tool in her car. It's designed to cut through a seat belt if she gets trapped. She keeps it in the trunk. . .

My friends and I were on a beer run and noticed that the cases were discounted 10%. Since it was a big party, we bought 2 cases. The cashier multiplied 2 times 10% and gave us a 20% discount...

I was hanging out with a friend when we saw a woman with a nose ring attached to an earring by a chain. My friend said, "Wouldn't the chain rip out every time she turned her head?" I explained that a person's nose and ear remain the same distance apart no matter which way the head is turned...

I couldn't find my luggage at the airport baggage area, so I went to the lost luggage office and told the woman there that my bags never showed up. She smiled and told me not to worry because she was a trained professional and I was in good hands. "Now," she asked me, "has your plane arrived yet?". . .

And you wonder why 29% of the population still thinks President Bush is doing a good job as President?
Posted by Bozo Funny at 7:18 PM